iOS vs. Android: Which Platform is Best for App Development?

As the mobile ecosystem continues to expand, businesses are creating mobile apps to capture the connected consumer. Ideally, mobile apps should be developed for both the major app platforms, iOS and Android. However, there is often debate around which platform is best to build on first.


It is a common strategy, when building mobile apps, to build on one platform first, test it, get feedback, make iterations and then build on the other. So which app platform do you develop on first? In order to shine some light on the iOS vs Android debate, here are some pros and cons of each platform.

Related How to Build an App: The Process Behind App Development

iOS presents a more stable and exclusive platform for developers that is easier to use. It is a closed platform where Apple design all of their own hardware and software, allowing them to implement strict guidelines. As a result, the platform is quick and responsive, apps are designed well, and there is generally less piracy.

Altogether there are only 20 different types of iOS mobile devices, compared to the thousands on Android. As result, screen size and resolution play a smaller role in the development process. Therefore, development on this platform is generally easier and quicker as there is significantly less device fragmentation. In fact, developing an app compatible with the 3 latest iOS versions will cover approximately 97% of all iOS users (Smith).

iOS may be the suitable choice for first-time app developers or those with limited resources due to its pre-crafted interfaces, limited range of devices and overall shorter development process.

The iOS platform is rather restrictive with their developer guidelines and you are given a fixed set of tools to develop your app. Therefore, customisation of the operating system is limited. Additionally, even though there are frameworks in iOS you can use to help you build your app, many of these are licensed and could increase your development costs.

iOS is considered a mature operating system compare to Android, with predefined standards and rules. These standards can at times make App Store approval difficult, and it typically takes around 4-5 days for an app to be approved.

According to IDC, Android dominates the mobile operating system market, with a 78% market share in 2015. Even though the iOS market share is small, it is still incredibly popular and may have the advantage over Android depending on your target market. iOS, for example, has proven to be most popular in Denmark, Australia, Canada and the UK (Device Atlas). Android, on the other hand, appears to be most popular in Macedonia, Albani, Serbia and Panama (Device Atlas). Therefore, your target audience is a major factor when deciding on what platform to use. 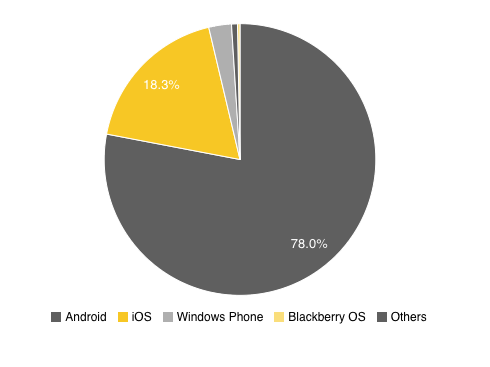 The Android platform, with its open source software, offers developers a low barrier to entry. It also allows the use of crowd-created plugins and frameworks. As a result, this platform is more flexible, enabling developers to play around with the features and functionality of their apps. This offers developers more freedom to modify default behaviours of views/ applications. However, because of this, Android app development is more complex and can take more time to master.

Although Android’s open licensing has its benefits, the wide variety of devices and iterations of the operating system has resulted in a large amount of fragmentation. Consequently, the user experience varies from device to device.

This highly fragmented platform poses a real challenge to developers as apps need to be optimised for many different screen sizes and operating systems, which can significantly increase development costs. Due to this fragmentation and the large amount of testing required, Android development typically takes longer than iOS.

The majority of apps need to be, and eventually will be, multi-platform to ensure major user bases are not missed. Sometimes the best answer to the iOS vs Android debate is to actually develop both apps, simultaneously. This is where cross-platform app development tools come in handy. Cross-platform tools essentially allow you to develop two apps, one for iOS and one for Android, at the same time.

Cross-platform app development tools can reduce the time and costs associated with developing apps on both platforms. This approach is most frequently used when developing enterprise software.

Have you found the right app development platform to execute your mobile strategy?

At Liquid State, we understand the importance of implementing enterprise mobile app software as a part of corporate strategy. Our platform empowers businesses to build code-free, cross-platform apps for a variety of business functions. More specifically, you can create your app once using the platform and release it on both Android and iOS across a range of devices. To find out what Liquid State can do for your business, get in touch with us today. 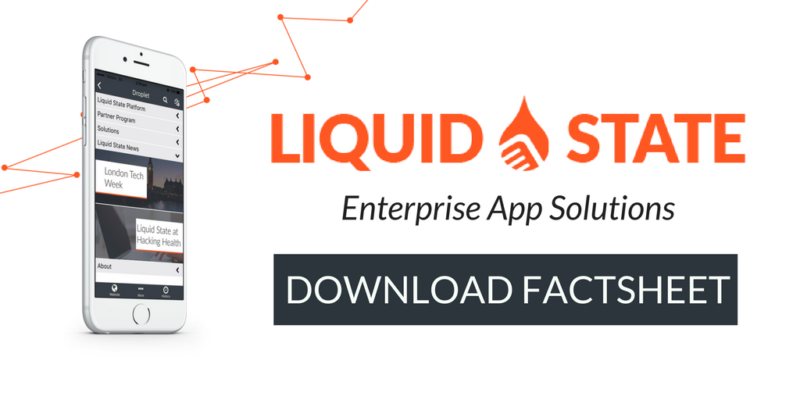